The wolf was afforded a benign place in Japanese folklore and religious traditions: the clan leader Fujiwara no Hidehira was said to have been raised by wolves, and the wolf is often symbolically linked with mountain kami in Shinto.

The blade or Kami is handforged of T10 high carbon steel and differentially tempered using traditional claying methods. As a result of yakiire the gunome midare based on notare hamon or temperline is evident and clearly visible. The Suguta is Shinogi Zukuri with Torii Zori (curve) with a geometric  O-kissaki.  A Bo-hi on the Shinogiji to reduce weigth and improve cutting power and gives an excellent balance with a loud tachi-kaze.  The  The Iori (roof) Mune which came very populair after koto period in Japan. The blade shows a nice ko maru boshi.

The Tsuka features genuine black Same (Rayskin) on the Tsuka, with a tightly-woven grey cotton wrap (Tsuka-Ito). The tang is double-pegged with mekugi ana  for security. All the blackened steel  fittings are decorated in Honshu Wolf motif and shows some delicate details. 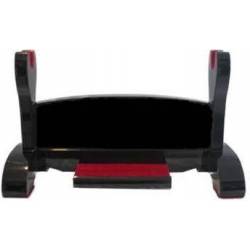 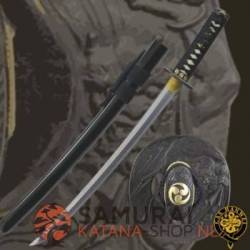 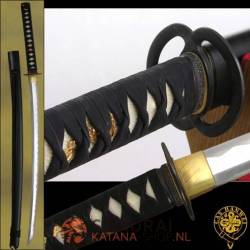 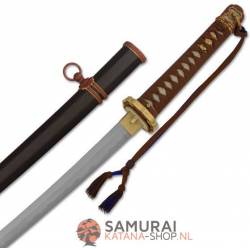 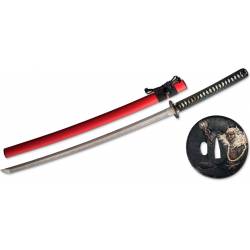 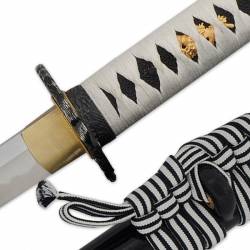 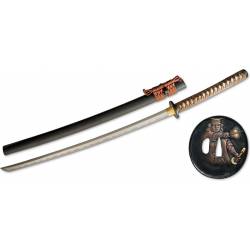 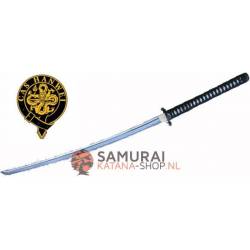