The Ninja Swords of Hanwei are functional and are the swords for those who walk the path of the Ninja, the true ninjitsu practitioners. The practice of martial ninja arts usually includes various methods of combat training such as Tai Jutsu, Hichojutsu, Bojutsu, Kusarijutsu, Goton-Po, Omshinjutsu and Heiho tactics. For the Kenjutsu, including sword fighting, a high-quality and well-hardened ninja sword is needed. Various Bujinkan dojos have now found their way to us.

Sort by:
Best sellers Relevance Name, A to Z Name, Z to A Price, low to high Price, high to low
Showing 1-4 of 4 item(s) 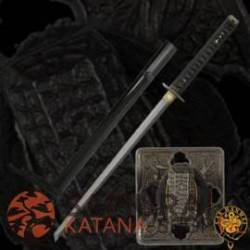 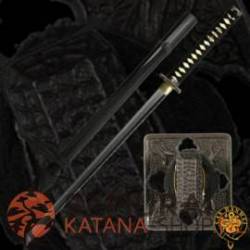 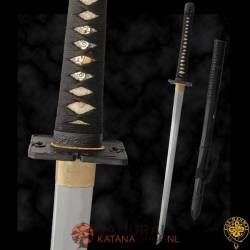 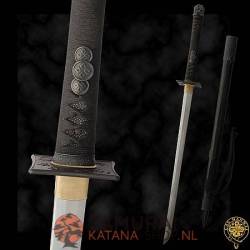 A Ninja-To, Shinobigatana or Ninja Sword was used by Shinobi, Ninja or Ninjitsu. These differ in appearance from a traditional katana or samurai sword. The total length of the sword was a lot shorter, the blade is straight and the kissaki or point is kamasu, so straight and angular. So the Ninja Swords have great similarities with the wakizashi. The tsuba or kick plate were often slightly larger and usually square, this was because they were sometimes used as a climbing aid.

The Ninjas or Shinobi became more known as mercenaries, who could be hired as spy, arsonist or terrorist. Also, the Ninjas did not adhere to the bushido, the way of the warrior, or the codes of honor, principles and moral values ​​of the samurai. The well-known Iga and Kouga clans Out of Koga and Iga are the most famous and produced the many Ninja, who through special years of training were extremely professional.

Many Bujinkan dojos come to buy a Ninja sword from us because our swords are made of the correct High Carbon Steel, are differentially hardened and also have the correct design. Of course the blades are sharp, so battle ready and full tang.