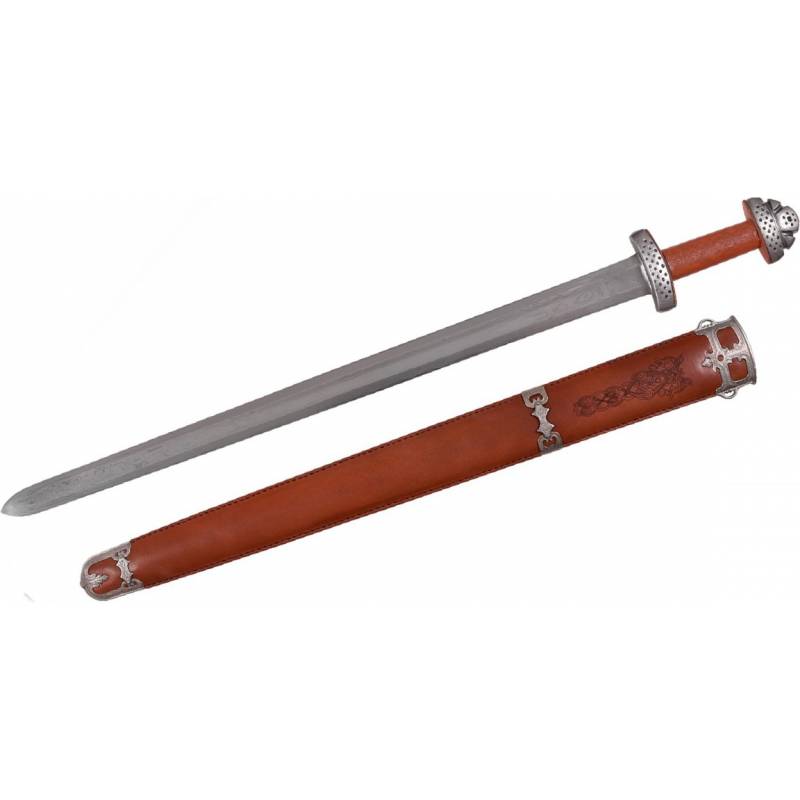 Hanwei continues to push the envelope with its forging capability in the Trondheim sword, produced as a one-piece forging in pattern-welded high-carbon steel.

Patterned after swords that have been discovered in the area around Trondheim, Norway, the sword exhibits early ninth-century styling, a time when the Norwegian Vikings were pillaging Britain and Ireland.

The beauty of the blade is matched by the grip and scabbard, both of which are wrapped in top-grain leather, engraved in a classic Viking motif.

The terms Damascus steel or pattern welded designate a compound steel forged out of two or more different types of steel. It is named after its birthplace, the Syrian city of Damascus, a former stronghold of the patterned steel production.

As a common practice, a harder high carbon steel and a milder low carbon steel are repeatedly forge welded and folded together. The high carbon steel ensures a higher hardness, a better temperability and longer lasting edge retention, whereas the milder steel confers greater blade flexibility and tensile strength. This procedure, which arose in a time where steel qualities were often low and inconsistent, enables to combine the positive attributes of the various steel grades.

Besides, the different shadings generated by the varying carbon content of the alternating layers engender strikingly beautiful patterns, such as the twisted motif called Torsion Damascus pattern or the Rose Damascus pattern. Undoubtedly, these unusual patterns partly explain why inherent magical properties were attributed to the Damascus steel blades of the Middle Ages. Such a damascene sword blade is for example depicted as a bloody worm or a poisonous snake in the Edda.

15 other products in the same category: 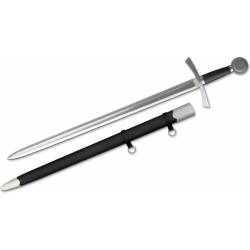 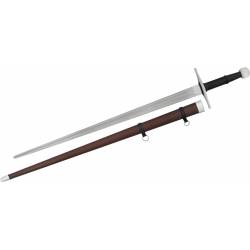 Hanwei Practical Hand and a... 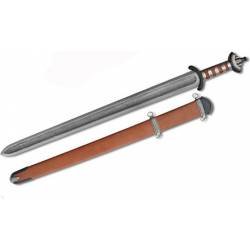 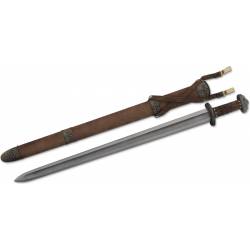 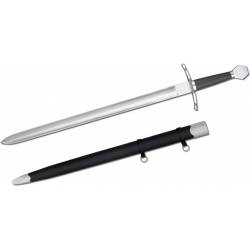 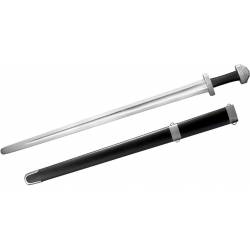 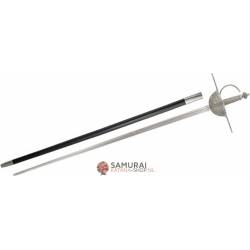 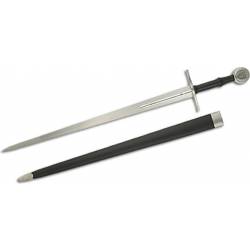 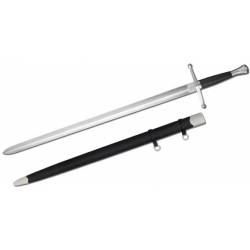 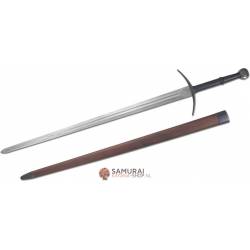 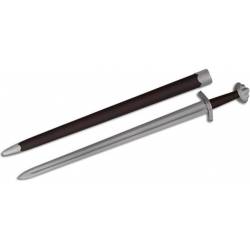 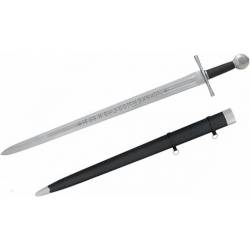 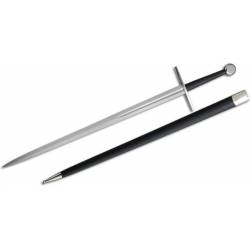 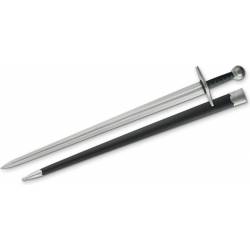 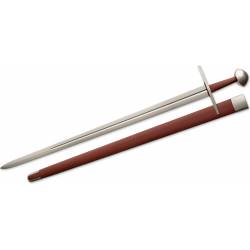